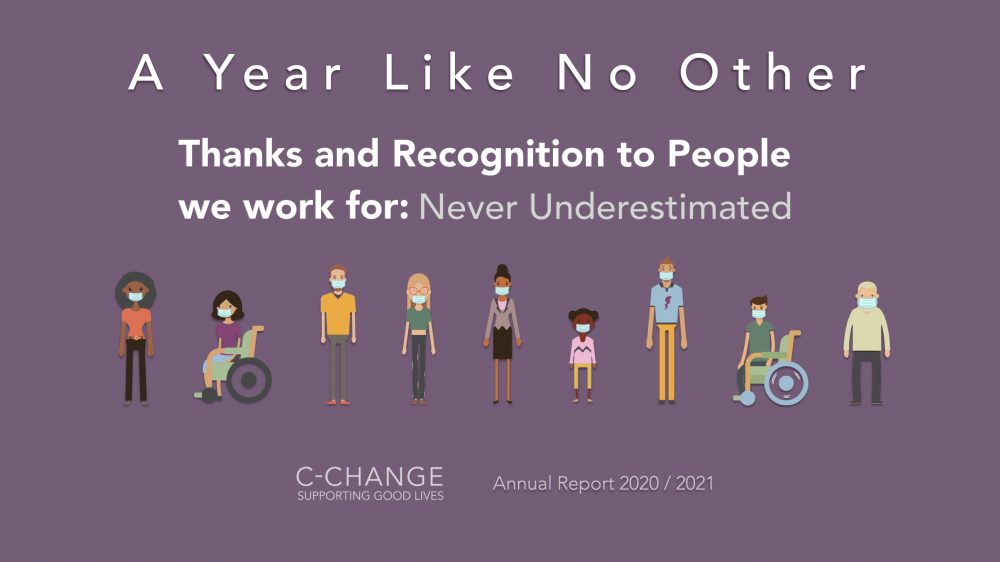 If he wasn’t so shy at times, Kieran would tell you himself that over the last year with lockdown restrictions, it did get a bit boring, a bit repetitive. But we were all experiencing it together. For Kieran himself, he maybe didn’t realise it, but through Lockdown he really flourished.

When restrictions started to ease, he started volunteering for Scottish Canals by doing gardening work, graffiti removal and litter picking. By doing this, Kieran’s confidence grew as well as his network of people. He went out cycling and running with his team member Louise and was really encouraged to keep active. Even doing workouts indoors, it was amazing to see how engaged he was with it.

To keep busy we also supported Kieran to do things he hadn’t done before, and he created his own cookbook and recorded short videos to share online. As I said, he can be a bit shy, so although he wasn’t always in the videos, he was definitely directing them.

Lockdown really gave Kieran time to develop new skills. As well as cookery, he also became a DJ and that came about from the Zoom C-Change Christmas party. Kieran was slagging off the music and he was given a challenge to put his money where his mouth is so to speak, and he did… A few weeks later, as we went into lockdown again, Kieran was the DJ at the first Zoom ‘Feelgood Friday’ get-together. It was a huge success and he got such a buzz from it. Because of that, he was invited to DJ at a Dates-n-Mates event, which, on the back of the team having supported him to apply for funding to buy his own DJ equipment, he was a roaring success.

As his confidence grew, so to did his willingness to get involved with other things like popping into online meetings and forums. Kieran also used video calling to keep in touch with his family – which is really important to him. It’s been a real honour for all the team to be part of Kieran’s life in ‘a year like no other’ and we have all said that although we are here to support Kieran, he’s definitely supported us too.

Keeping us going, getting through the last year together and for that we are thankful.