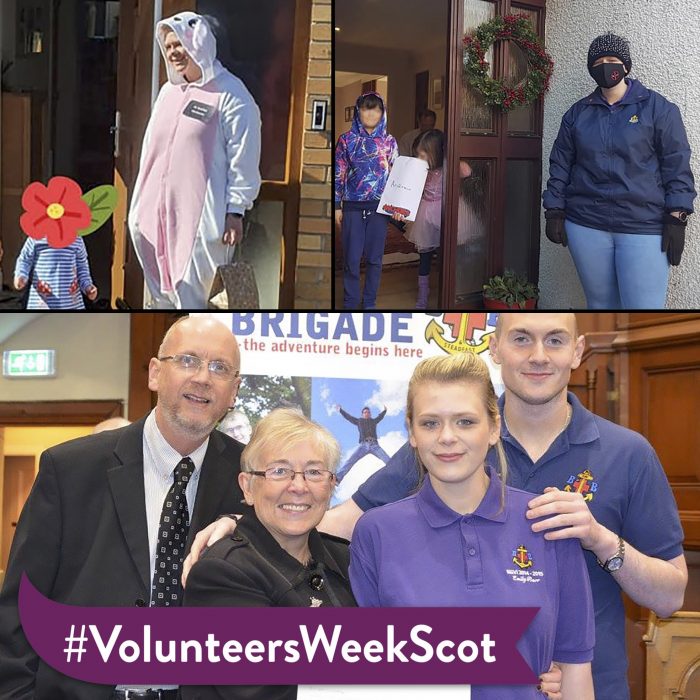 Emily is a Personal Development Worker with C-Change in North Lanarkshire.

Emily has been an officer in her local Boys’ Brigade company for 5 years. It is something of a family tradition with Emily’s mum and dad retired officers and her brother also an officer in the ‘Anchor boys’ under her command as she is the OIC (Officer in Charge). Emily has been a helper since the age of 16 and in 2015 she embarked on her youth leadership training and became a lieutenant in 2016. In 2019 Emily was promoted to Officer in Charge of the Anchor boy section.

During the first lockdown Boys’ Brigade Scotland created BB “at home” activities from which Emily chose a selection and posted herself completing on the private company Facebook page.

Throughout the second lockdown Emily created an activity pack for her ‘Anchor boys’, and went round all of their house dropping them off (she even went dressed up as the Easter bunny to deliver an Easter treat to them). She has helped to run sessions outdoors for the last month, where she has been taking the kids to do outside activities in the local community. One example was having a sports day with medals and certificates for those taking part.

(Both boys and girls can join and take part in the Boys’ Brigade.)

With thanks to Emily Barr – Personal Development Worker